You are here Home > Plan your event > Ringebu Stave Church 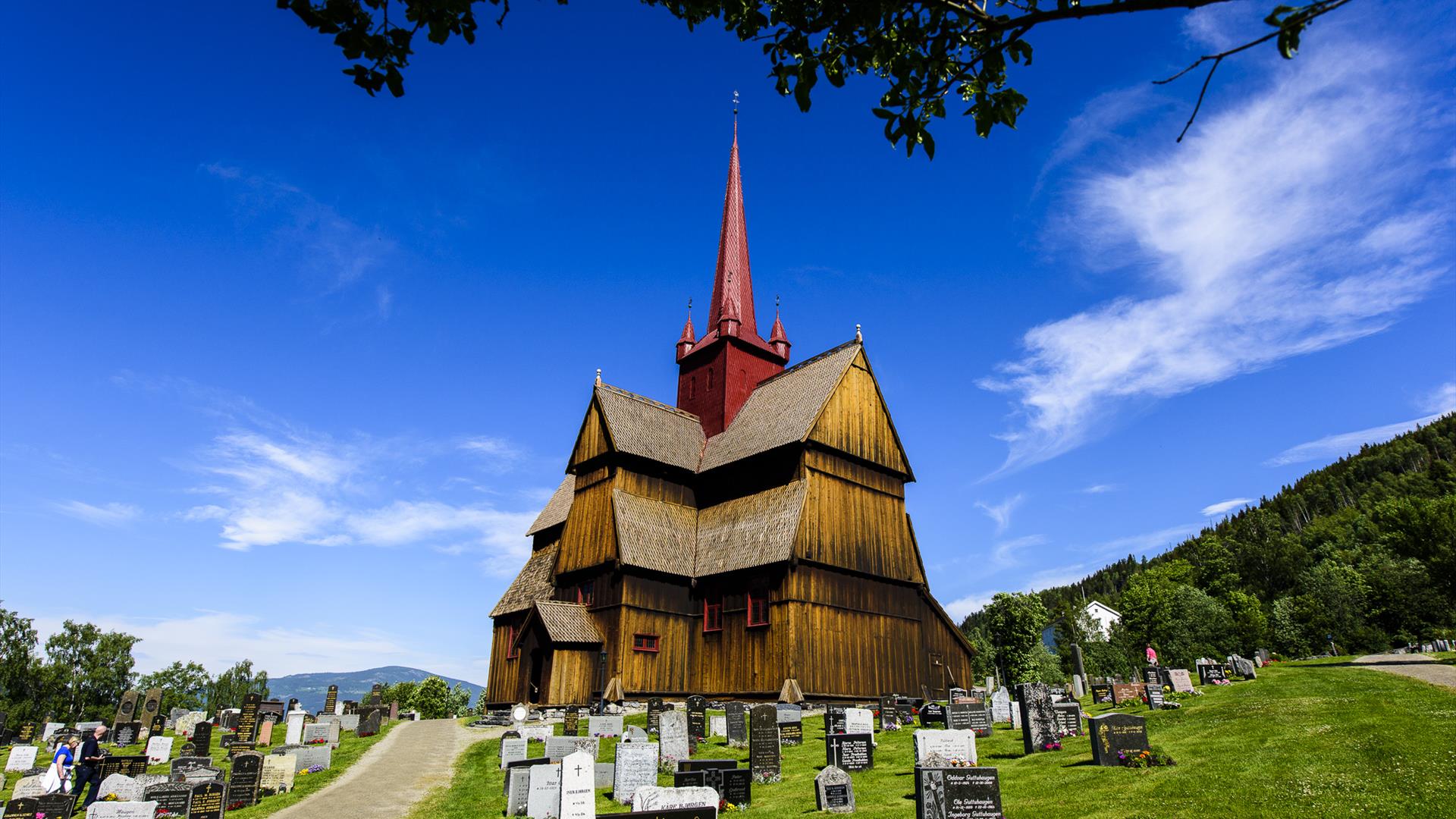 Ringebu Stave Church dates back to around 1220, and is one of the country’s 28 remaining buildings of its kind. The church is located in Ringebu in Gudbrandsdalen, approx. 60 km north of Lillehammer, and is open to the public during the summer season.

About Ringebu Stave Church
Built in approximately 1220, this distinctive and much-photographed stave church is one of just 28 which remain in Norway. Once common, over 1000 dotted the countryside, with their unique style of architecture and construction, and they are symbolic of old Norway. Christianity was introduced to Norway around 1000 AD, and in the years to follow some one thousand stave churches were built.

The original church was renovated in the 17th century, when the distinctive red tower was added, and while at one stage the interior was painted white, the original colouring has since been restored.

Set amongst hills and farmland, Ringebu Stave church and its surrounding cemetery are strikingly beautiful, with immaculate grounds. A thoughtful touch is provided by the watering cans left at every tap, for the use of people tending the graves, and clearly these are well-used. Almost every grave in the grounds has been planted with a tiny garden, and all are still lovingly tended, making this a truly beautiful and distinctive resting place.

Traditionally constructed without the use of a single nail, they are composed of wood which has been skilfully dovetailed, with vertical posts and wall planks lying on ground beams. Again, the use of tar to preserve the timber resulted in the loss and destruction by fire of many stave churches. Postholes have also been found here at Ringebu, which indicated the presence of an even older church, with a cache of over 900 medieval coins found under the church, which have helped to date the construction.

Ringebu Rectory
Ringebu Rectory, built in 1743, enjoys a beautiful setting north of Ringebu Stave Church, and was in full use until 1991. Today, this listed and restored rectory is an historic experience in its own right. There are 5 buildings in the yard; the main building, two storehouses, staff quarters and an outbuilding.

Please note that the church may be closed in connection with church events, such as church services, weddings, funerals and the like