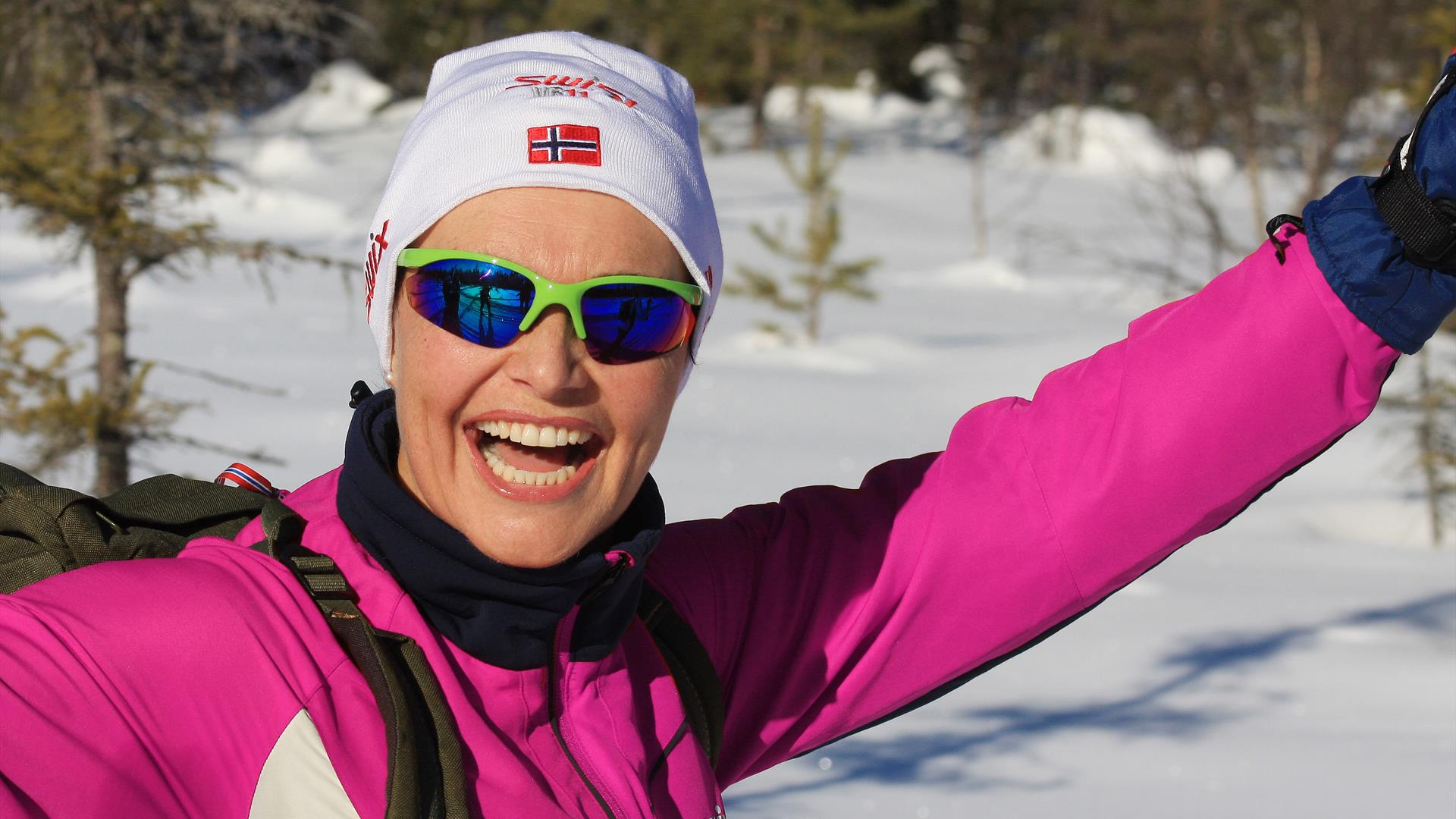 The Inga-Låmi route starts at Birkebeineren Ski Stadium and runs in the opposite direction of the Birkebeiner trail.
After 5 km, by Inngjerdingsmyra, the route leads towards Mesnasaga and follows the cross-country ski trail back to Kanalen. The roundtrip is named after Inga from Varteig who, according to legend, gave birth to Håkon Håkonsson - the infant heir to the throne who was carried across the mountain by the Birkebeiners in order to escape the Baglers.
The current ski trail, however, is a gentle roundtrip where thousands of women, young and old, compete in honour of Inga.