You are here Things To Do > Kulturhuset Banken 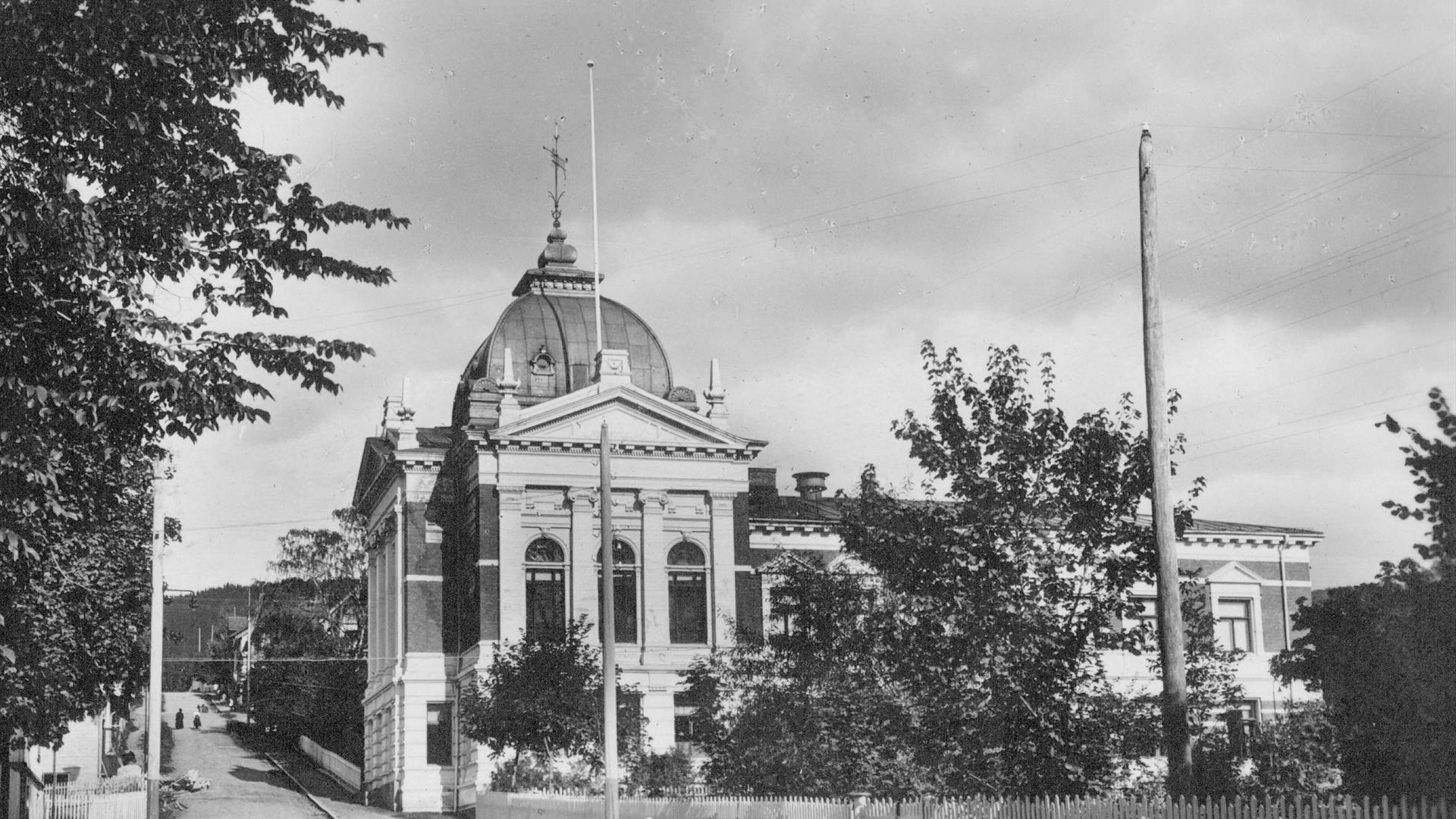 We all need a stage, or a setting, for our experiences. We’d like to tell you about one such setting, namely what we choose to call a cultural centre. A cultural centre for Lillehammer, not only for those who live here, but also for visitors to our town.

Kulturhuset Banken (the Banken cultural centre) has all the ingredients needed to make any event a personal experience for those taking part – be it as players or as spectators.

No-one can remain unaffected by this immense building, the interior of which has been decorated with a blend of contemporary art and art from the turn of the century.

The building, which was completed I 1895, was renovated in conjunction with the Winter Olympic games in 1994 at a cost of NOK 18 million. Today, it is the pride and joy of Lillehammer.

The past and future
In 1895, Lillehammer had three landmarks: The church, the school and Banken. The railway came to Lillehammer in 1894, playing an important part in the town’s ensuing growth. In the ten years between 1890 an 1900, the number of inhabitants increased from 1.832 to 3.251.

Lillehammer Sparebank (Lillehammer saving bank) had, for two years, been busy constructing its combined bank and festival premises. The building was designed by the architect Ove Ekman, in Italian Renaissance style with elements of German Baroque. Then, as now, it is true to say that the architecture of Banken reflects Lillehammer’s aspirations.

The centre became the town’s true cultural centre, not to mention its festival hall. It was the setting for balls and poetry readings, reviews and indoor sporting events. It was where Bjørnstjerne Bjørnson gave his speeches and Josephine Baker her concerts. Lillehammer municipality took over the running of the building in 1964, using parts of it for administrative offices. But the years took their toll and, in 1972, large sections of the centre had to be closed.

Soon, ideas and plans for restoration emerged – only the money was missing. Despite several fund-raising initiatives, the building proved too expensive to restore. But that was before the Olympic came into the picture. When that happened, Banken acquired the status of a cultural building.

Since its reopening in 1991/1992, a huge variety of events have been staged at the centre. Banken has confirmed its position as the towns “good old cultural centre”. For those of us who live in or near the town, the building is a centre for cultural activities and events. Because of the Olympics, it ha also become a national venue.

The Banken cultural centre became a national “celebrity” during the Winter Games, as the venue for NRKs (the Norwegian Broadcast Company) daily evening programme “Vindu mot Lillehammer” (Window on Lillehammer”).

The artwork
The Banken cultural centre is a gem which has been carefully and tastefully restored. The modern technical equipment within has been expertly adapted to blend in with the interior of the building.

The roof paintings in Festsalen (the festival hall) on the first floor were rendered by the well-known theatre painter Wilhelm von Krogh. They contribute greatly to the artistic impression which the building, as a whole, gives visitors.

Rudolph Thygesen (1880-1953), one of the so-called “Lillehammer-painters”, is associated with the Matisse school of Norway painters, because of his glowing colour schemes and deliberate break from all links with naturalism.

One of the only two collections of decorative works created by Thygesen can be sees in the Bank. The collection dates from 1924, and was originally intended for the Victoria hotel. It was donated to Banken by the Ringnes group in conjunction with the restoration.

Seven large paintings depicting scenes from Norwegian literature have been inlaid in the walls in Holbøsalen (the Holbø hall) on the first floor. The hall was named after Kristen Holbø, another prominent Lillehammer painter. The pictures were originally privately owned, but were donated to Banken and meticulously restored.

Visitors are immediately struck by the modern design when entering the grans entrance hall. The largest chandelier ever commissioned from an artist in Norway has been specially created for this room by glassblower Ulla Mari Brantenberg. The ornamentation of the outer window frame in the grand entrance hall is the work of the pictorial artist Finn Lande Andersen. Drawing of 25 people who have made significant contributions to the history of Banken are found in the cloak room in the first floor. The portraits were drawn by the artists Reidun Tordhol, Kristin Søhoel, Geir Kleppan and Jan Erik Altern.