You are here Things To Do > Literary walk in Lillehammer 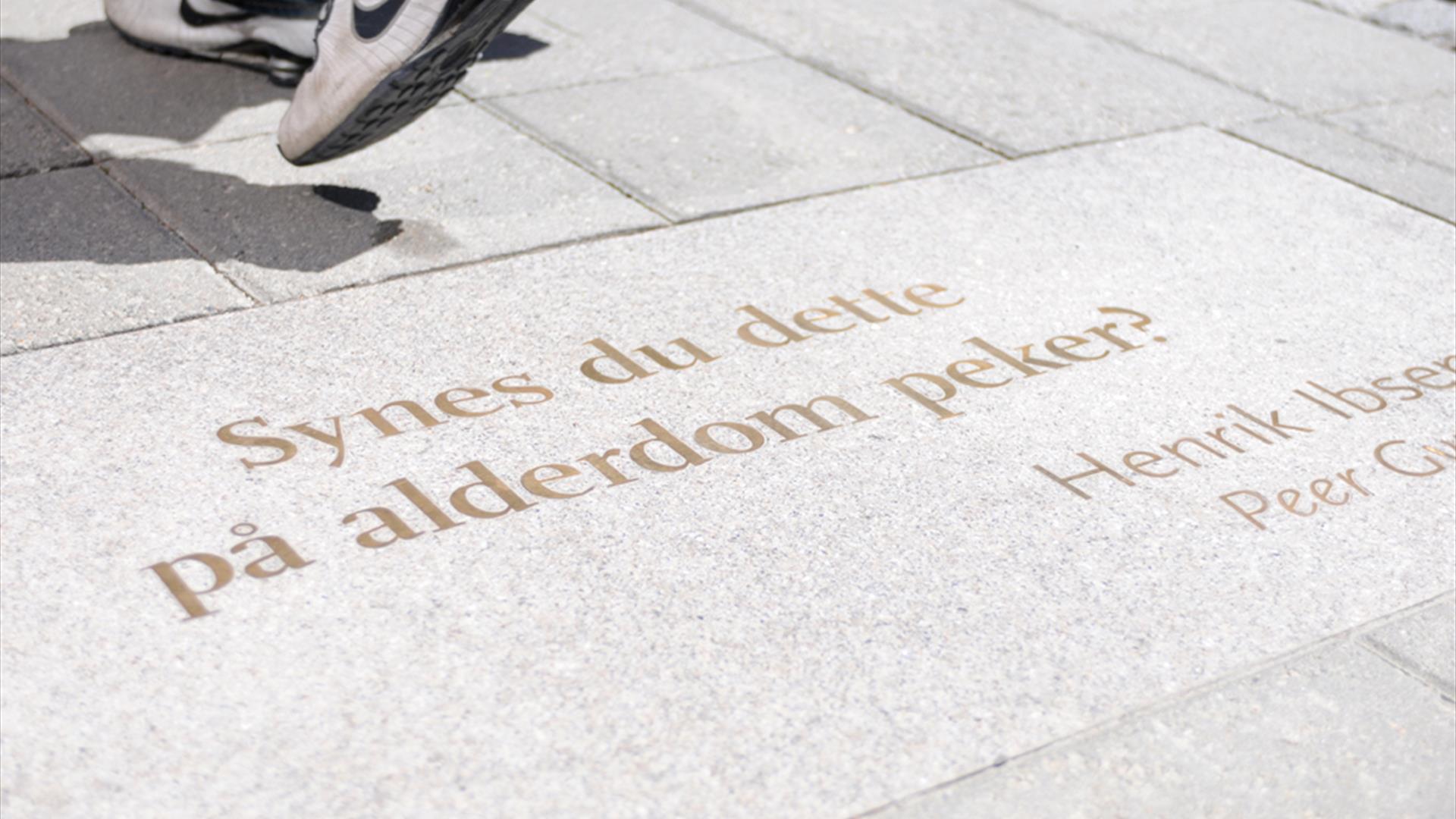 Lillehammer offers an insight into Norwegian cultural heritage appreciated by visitors as well as locals. Maihaugen open-air museum features a unique collection of traditional Norwegian buildings and communities – as taken straight out of a local folk tale. Today, the streets of Lillehammer offer an opportunity to explore the Norwegian literary canon. Follow the trail of literary quote stones, and enjoy a journey from Edda – via Henrik Ibsen, Sigrid Undset, and Knut Hamsun – to modern-day Norwegian authors such as Jon Fosse and Dag Solstad.

In 2006, the Norwegian Festival of Literature – the Sigrid Undset Days took the initiative to establish the Norwegian literary canon, from the Norse Age to the present. The panel of ten members (authors, literary critics, and literary scholars) held its first meeting on 18 December 2006.

There are 25 literary quote stones in Lillehammer; slabs in Iddefjord granite with quotes written in brass letters. The stones are designed by Agendum See Design, produced by Norsk Monumentstein, and installed by Lillehammer Municipality,

The project is funded by Sparebankstiftelsen DnB NOR. On 23 April 2008, the World Book Day, the first two stones were unveiled by Lillehammer library. These mark the start and finish line for a literary history walk through the streets of Lillehammer – from “Våluspå” to “Solaris korrigert”. Some half of the stones were unveiled during spring, summer, and autumn 2008 – all with their own special ceremony. The unveiling continued, and by the 2009 Festival of Literature all the stones were in place.