You are here Accommodation > Dale-Gudbrand's farm 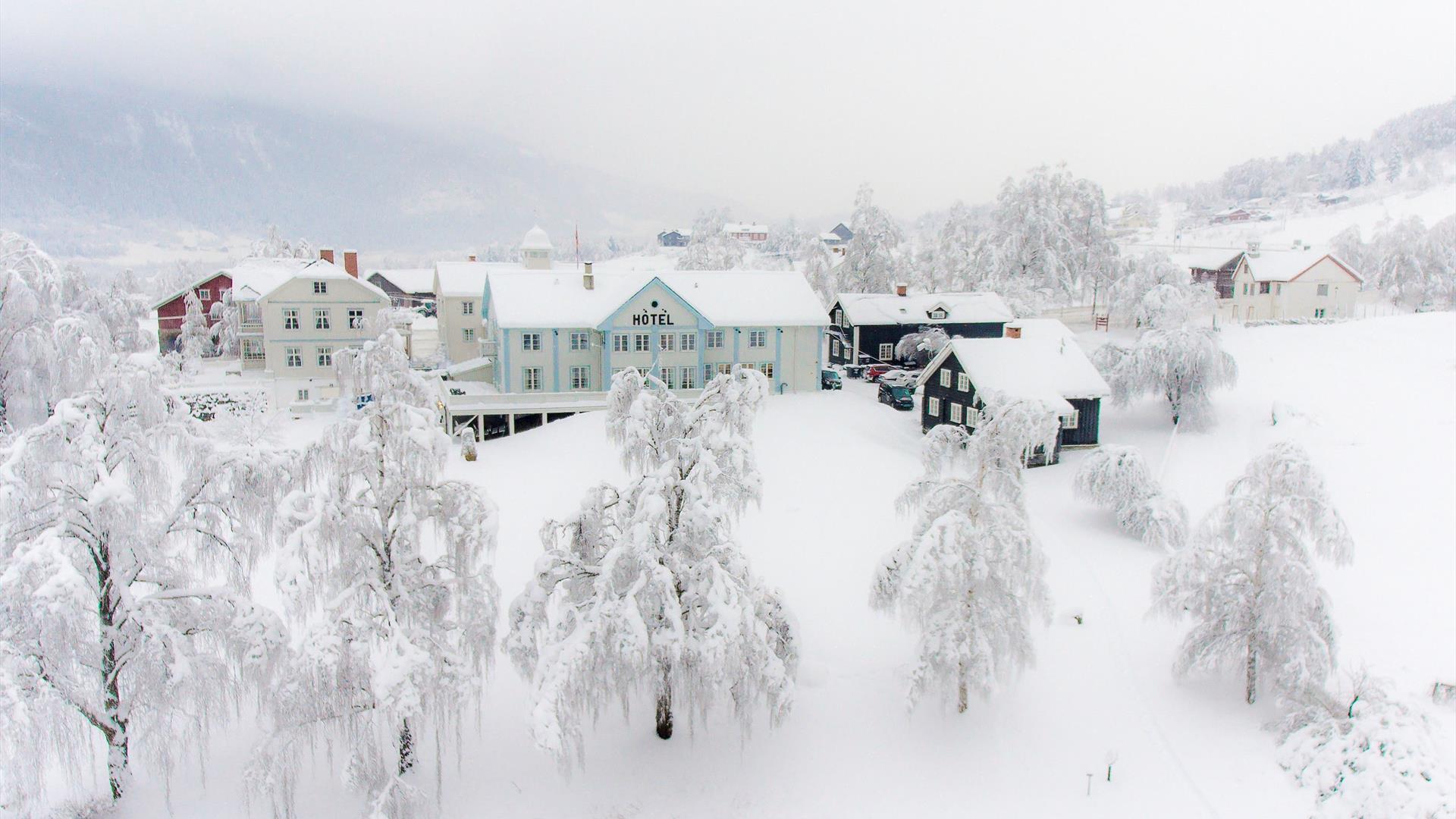 It is said that Gudbrandsdalen (The Gudbrand Valley) has its name after the mighty Dale-Gudbrand in who lived at the farm in Hundorp in the 1100s, and to have been the most powerful man in the Gudbrand Valley at that time. Originally known as Hundrop Farm, Dale-Gudbrandsgard was the centre of power for a very long time. The farm owner, called Dale-Gudbrand, was the political leader until 1021, when King Olav Haraldsson introduced christianity. The memorial of  their meeting sits upon a small hill just outside the hotel. The grounds are also home to one of the five Pilgrim Centres along the Pilgrims Trail from Oslo to Trondheim.

In a landscape which is redolent with history, this hotel sits among some of the region’s most culturally and historically significant land. The Hotel stands on the ground where the farm dormitory building once stood, before it burned down. Tar was used to preserve timber in days gone by, which made buildings extremely flammable, and fire an ever-present risk. Skrivargarden is one of the original farm buildings, and is part of the hotel, used today for conferences or groups. It dates to 1840 and was used first as a courthouse, then a farmhouse, with the second floor now restored to its original design. Inside there are several wall paintings, by distinguished artist Ragavald Einbu.

There are also a number of burial mounds within the hotel grounds, which are thought to contain the remains of some of the powerful Gudbrand family, who ran the farm and the area for hundreds of years. The size and the shape of the mound depicted the person’s standing in society. A small stone circle is also located within the grounds, an indication of ancient occupation.

​​​​Pilgrim Centre
The grounds are also home to one of the five pilgrim centres along the Pilgrims Trail from Oslo to Trondheim. A pilgrimage is an inner and outer journey through cultural history and landscapes, and the Pilgrim Centre at Dale-Gudbrands Gard is a natural stop along the route to Trondheim. The centre runs a hostel, exhibitions and a farm shop with a selection of local food and souvenirs.

Dale-Gudbrand's farm forms part of Lillehammer and Gudbrandsdalen’s cultural concept "Into Norway - Home of Culture". Are you looking to experience and learn more about Norwegian culture, history, and food traditions on your journey? Maybe in combination with activities in beautiful surroundings? Would you like to stay in unique, historical settings at their most authentic, leaving you with lifelong memories? Find more inspiration at intonorway.com.

from 13 reviews
Explore the region