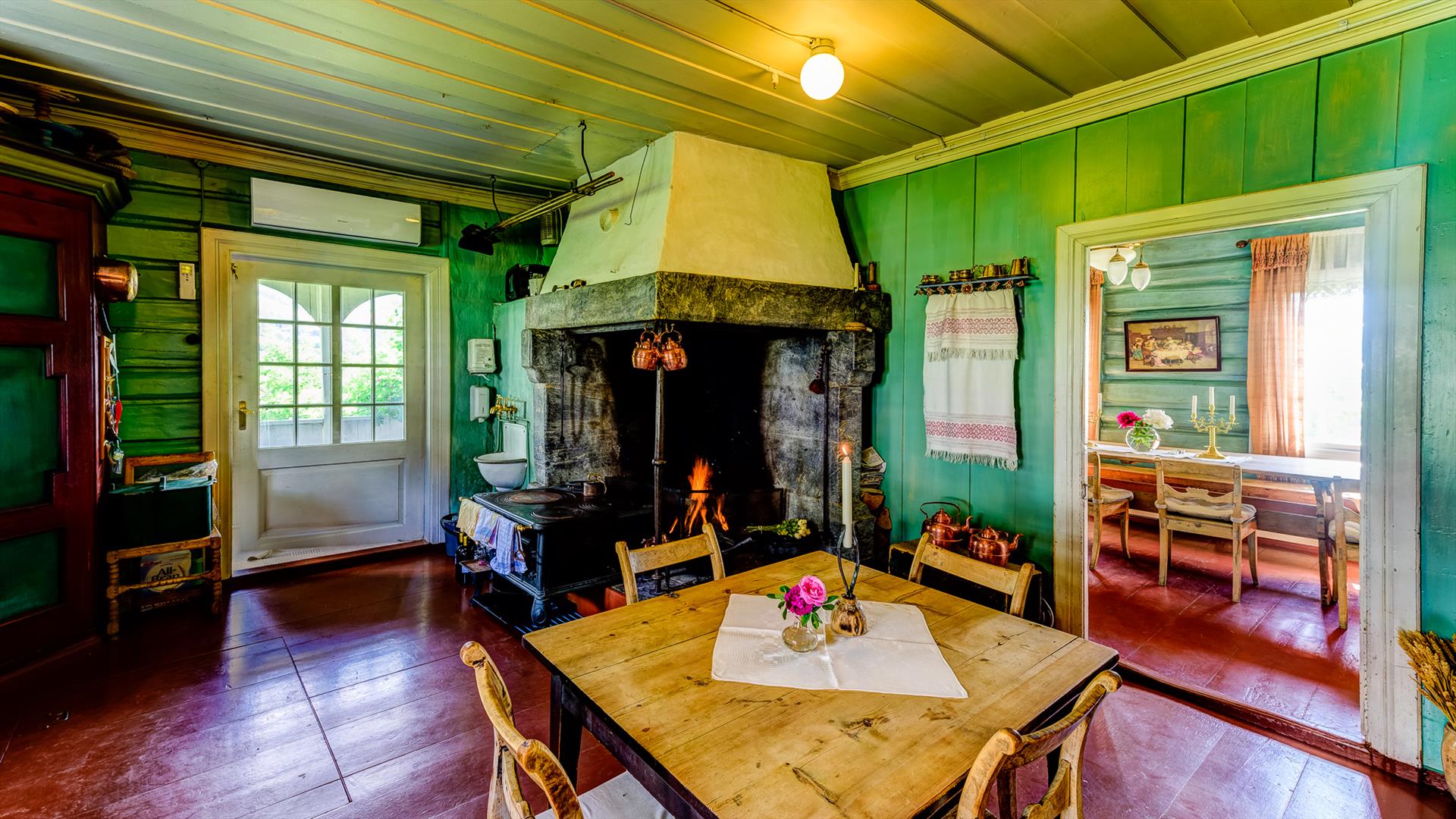 The medieval farm Sygard Grytting is a venerable farm hotel with 700 years of history. This is one of Norway's most beautiful and best-kept farm hotels taken from a Norwegian folk adventure. At Sygard Grytting you can spend the night in large-scale buildings from 1650-1860 and have a good meal Norwegian traditional and local food. The hosts at Sygard Grytting are 16th generation owners of the farm.

This historic farm hotel is one of the country’s oldest wooden hotels, with buildings dating back to the middle ages, some of Norway’s best preserved from this time. The same family have occupied the land since 1300 and the present hoteliers are the 17th generation. To put this into perspective – that’s over 700 years, which means that 300 years before the Pilgrim Fathers left England for the New World, Sygard Grytting was already hosting pilgrims on their way to Trondheim. The hotel is part of a working farm, and guests can be assured they are eating meat raised on the farm, vegetables grown in the garden and fruit harvested from the many trees around them.

In the middle ages the hotel served as a ‘halfway house’ for travellers heading into the mountains. The term ‘halfway house’ means literally halfway into your journey, and travellers would have stayed only one night. During the Russian Revolution, many Russians who fled their homeland stayed here until the end of the war. The hotel then became a summer retreat for people wanting fresh air and water and the opportunity to enjoy exercise in the open air. From 1958 to 1994 the hotel was closed and some of the buildings were used as a school, railway offices and a carving school. The local doctor also used the premises.

Accommodation is offered in 12 guest rooms with a total of 24 (28) beds, all with private baths, spread over the 18th-century main guest house, an older 18th-century main building and a "barnhouse" remodeled in 1860 and two other historic buildings. It is a memorable experience to sleep in these rooms with high antiquarian value. The "drengstua" of a total of 60 sqm is rented as a "suite" where you can be for yourself, fire on the big gray stone fireplace and sleep in bedside beds.

Sygard Grytting also offers accommodation in a medieval hostel, a peace-loving 18th-century building (reconstructed from 1780). This is Norway's only preserved hostel from the Middle Ages and you sleep in bed sheets or sleeping bags in the room's leather cases. At Sygard Grytting, pilgrims have been staying since 1321, documented in a skinny letter, and perhaps earlier, so the ceiling is often called the pilgrim's ceiling. In 5 rooms it is sleeping up to approx. 20 people.

The hosts Stig and Hilde have a great focus on sustainability. In the spring of 2018, the sawfire received a new roof with a solar panel similar to slate. This allows them to produce enough electricity for a detached house. In addition, they have a great focus on short-trip food experiences, and the meals at Sygard Grytting are well known.

The hosts at Sygard Grytting want the meals to be around the world and form a miraculous experience. Therefore, the goal is the best of home-made food with roots in local tradition and specialties. The raw materials are mainly based on the farm and the area's production, and the food is made from scratch. The menu includes dishes of lamb, moose, reindeer and mountain fish. Soups and sauces are made of real power. The desserts are mainly based on berries and fruit from their own garden. Bread, flatbread and cakes are homemade and jam is the farm's own.

​​​​​Attraction
Close to Sygard Grytting, you will find the art installation “Flokk” (Herd) – a spectacular sight in the cultural landscape. “Flokk” comprises 21 tall, narrow bronze figures looking out over river Gudbrandsdalslågen. The sculptures were erected in 2011, and are the work of artist Gitte Dæhlin.

Sygard Grytting forms part of Lillehammer and Gudbrandsdalen’s cultural concept "Into Norway - Home of Culture". Are you looking to experience and learn more about Norwegian culture, history, and food traditions on your journey? Maybe in combination with activities in beautiful surroundings? Would you like to stay in unique, historical settings at their most authentic, leaving you with lifelong memories? Find more inspiration at intonorway.com. 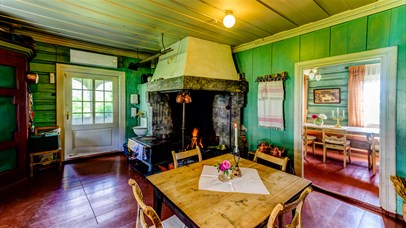 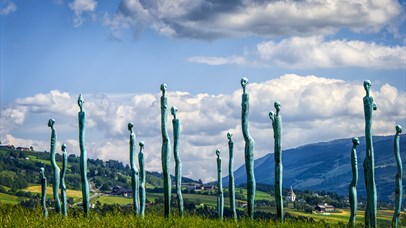